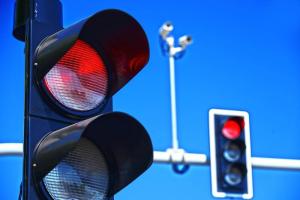 Red light cameras are becoming more and more popular since they first appeared in New York City back in the 1990s. And research confirms that this is a very good thing when it comes to safety and saving lives.

On the flip side, crashes caused by running red lights increased 30 percent in cities that stopped using red light cameras.

Learn more about these findings and numbers and how the IIHS calculated them by reading the source article on the IIHS website.

Take the Next Step
Get in touch with